Posted on September 30, 2012 by moonbridgebooks

Have you ever dreamed of getting away from it all? Leaving the rat race, retiring somewhere where the breeze is gentle off the ocean and time stands still? Sonia Marsh did it. She and her husband plucked up their boys (the eldest a belligerent teen) and left a stress-filled, materialistic life in California for beautiful Belize in South America, land of turquoise seas and strange birds in the jungle. It was paradise—or was it?

Sonia wrote about her family’s experience in her memoir, Freeways to Flip-Flops, an example of a well-written and professionally produced indie-published book. It is beautiful inside (nicely formatted) and out, thanks to Michele DeFilippo of 1106 Design. It is well edited, with each chapter almost a standalone story with a punchy ending that made me want to jump into the waves of the next and the next until I found out if they all survived and actually did grow closer—or did they disintegrate like a boat stuck on a coral reef. I’m very pleased to have Sonia here to answer some questions.

Sonia, you kept a journal during this time. Did you always journal or was that something new? Did you know at the time that you would eventually write a book? How soon after the experience did you begin, and how long did it take you to finish writing it?

I started my journal when a friend heard we were considering moving to Belize and mentioned, “Sonia, this would make a great story. Have you thought of writing a book?” I did think about it, but since I had not kept a journal before, I realized that this was a time to start my “gutsy” journal.

After keeping a journal for a couple of years, I had 660 pages on my computer and thought I could turn it into a memoir in a year or so. Little did I know that it would take me seven years to complete.

The book is well written with each chapter having its own drama and either resolution or a punch line. You got in some humor, had that all-important perspective of being able to look back and make sense of it, and wrote with incredible honesty—all your thoughts are right there. Did you have writing experience or take any classes to help create this book? What kind of editing did you have done for it?

As I mentioned, it took me seven years to write as I had to learn the craft. I did not realize how much I had to learn, and after my first editor mentioned she wasn’t sure if this was a journal or a memoir, I realized I had tons to “fix.” I took classes, attended four conferences, started a blog which actually improved my writing, and hired a story structure editor. At one point I felt so confused about the entire memoir. I didn’t know whether my story was about me, my defiant teenager, my husband, my family, or what. My editor finally pointed out, “It’s about reconnecting a family.”

There was a lot of tension and each of you had your own issues to deal with concerning the move. How did your honesty go over with your husband and boys? And with your dad and the in-laws? Are you worried someone you knew in Belize will read the book and get angry?

Of course I worried about my family. I did change the names of my sons as they are now young men. I am the only one seeking publicity, not them, so I think this was the right thing to do. My dad lives in Paris and is now 87. He is proud of me for persevering, and as far as my mother-in –law, she has not asked to read my book, despite knowing that I wrote it. As far as the locals in Belize, I’m sure if anyone reads my book, they might get angry; however, my book was endorsed by Lan Sluder who wrote the Fodor’s Belize travel guide. He is far more famous than I am, and yet he endorsed it.

I like how you used a lot of dialog to put personality and action into the stories but without anyone giving a big explanatory speech or sounding unnatural. I think a lot of us memoir-writers are afraid to use dialog because readers will know we’re making it up. We can’t remember exactly what people said even an hour ago. Did you have any qualms about using so much dialog?

No, I had time tons of time to write in Belize, and I made sure I ran to my computer to write down what was said a few minutes after it was said. I think the secret is to jot things down immediately. My memory isn’t good, but I do like to write things down, especially after an argument. It’s therapy for me.

So many self-publishing authors jump into publishing without taking time to learn all the ropes and make the best decision for themselves and their book. How did you find out how complicated publishing for public consumption was and how did you go about learning?

I did not realize that indie publishing involved so many aspects. I had anxiety about the whole process when I was already in the middle of it all. I also learned online, read a ton, and your information, Linda, was amazing. I joined IBPA and their forum, and asked questions. You can’t be scared to ask people.

You have an amazing publicity campaign going, with newspaper and TV and radio interviews, a blog, blog tour, Facebook group, Twitter account. Did you hire a publicist or how did you learn to do all this?

I love people and met journalists several years before my book was published. I made connections early on, told then I was writing a memoir about uprooting my family to Belize, and they were interested. I stay in touch, read their articles, and then when I was ready, I asked them if they would like a copy of my book. They said, “Yes,” and they helped me by asking other journalists to interview me.

I cannot afford the expensive publicists, but I did ask a young woman to help me with her local contacts for local magazines. I have volunteered with libraries and they have blogged about my book as have others I know through social media.

I think you’re well on your way to successful book sales and having a lot of fun, even though there’s a lot of work involved in marketing a new book. Do you have any final piece of advice you’d like to tell us about writing or publishing?

Never say “no.” Always say “yes” when someone offers you an opportunity to speak or to attend a book club, even if it’s small. Treat everyone with respect, and just go for it. Help others, show interest in them before you mention yourself. I find people fascinating, and I think we all like it if someone pays attention to us, so why shouldn’t journalists be the same.
* * * * * 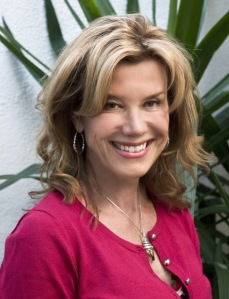 Sonia Marsh is a “Gutsy” woman who can pack her carry-on and move to another country in one day. She has lived in many countries—Denmark, Nigeria, France, England, the U.S. and Belize—and considers herself a citizen of the world. She is the founder of the “My Gutsy Story” series, a popular contest on her blog. She says everyone has a “My Gutsy Story,” some just need a little help to uncover theirs. Sonia welcomes new friends at Soniamarsh.com, her Gutsy Living Facebook group or her Gutsy Indie Publishers Facebook group. She is also on Twitter as @GutsyLiving.

Co-author of Cherry Blossoms in Twilight, a WWII Japan memoir of her mother's childhood; author of Poems That Come to Mind, for caregivers of dementia patients; Co-author/Editor of Battlefield Doc, a medic's memoir of combat duty during the Korean War; life writing enthusiast; loves history and culture (especially Japan), poetry, and cats
View all posts by moonbridgebooks →
This entry was posted in book reviews, book talk, capturing memories, publishing, writing skills and tagged book talk, publishing, writing. Bookmark the permalink.