Biography and Memoir: how important are approvals 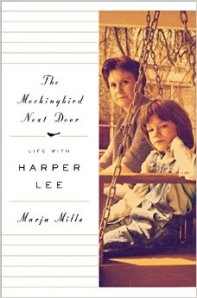 The famously reclusive Harper Lee of To Kill a Mockingbird fame is in the news recently denying she approved of and collaborated with Marja Mills writing the recently published The Mockingbird Next Door, about her and her sister Alice.What happened? Marja Mills, a former Chicago Tribune reporter swears she had Nelle Harper Lee’s years-long friendship and the go-ahead to write about her for publication. Nelle’s sister Alice and a close friend say Nelle knew Marja was writing a book about the sisters. The Guardian has a good article, “Should Marja Mills memoir have been published,” stating details of the situation. Marja seems like a nice woman and the book is very nice to Harper Lee. Marja and Penguin Press went ahead and published the book. What would you do?

So let’s look at this situation, because I think it could happen to anyone writing a memoir or biography. Nelle Harper Lee was 75 years old when Marja Mills knocked on her door in 2001. She was apparently in good health physically and mentally and became good friends with Marja until at least 2007 when she had a stroke at age 81. Five years later, the book’s rights sold and Harper Lee was angry. At that time her sister Alice wrote to Marja, “Poor Nelle Harper can’t see and can’t hear and will sign anything put before her by anyone in whom she has confidence. Now she has no memory of the incident.” A close friend of the Lee sisters also verified Harper Lee’s collaboration. Had Alice, the friend, and Marja been going behind Nelle’s back for six years until the stroke? After watching my mother’s difficult journey through dementia, I’m thinking the stroke mixed with elder age affected Harper Lee’s mind a bit.

Marja Mills does not need Harper Lee’s approval. The memoir is not Harper Lee’s ghostwritten memoir or her biography, but is Marja’s writeup of the time she spent with the Lee sisters and the stories they told her. Nobody is saying the stories are lies, and Harper Lee knew (or soon discovered, as she said later) that Marja was a writer and putting together a book. I don’t see any devious behavior, but a lesson here is writers should think about somehow get proof that a subject is cooperating—while the subject is of sound mind. Saved letters or emails would work. Audio or video of interviews can be prefaced with a statement of full knowledge. If there is any question about the mental capacity of a willing person to begin with, there should be no book, or the family should be consulted, too. I have done that myself when capturing stories of a very elderly subject for educational and historical purposes, involving family so as to avoid possible trouble. Even so, if the subject changes her mind, a moral dilemma exists—to publish or not. I am putting together someone else’s historical memoir for publication, but if he balks at any time, I will not publish it despite all my hard work. To me, though, that is more clear cut than what Marja Mills is dealing with.

Marja Mills was honoring her own time and efforts and the still-lucid elder sister Alice’s wishes in publishing her book. She will have to make peace with herself in going against Harper Lee’s change of mind or diminished mental capacity.  She will have to cringe when others who don’t know all the details lambast her for being immoral. Anyone who writes biographies of living persons could have this problem. Everyone who writes a memoir could have this dilemma. Some solve it by waiting until the person dies. Some will forge ahead because they believe the story has an overriding value. Some will go ahead because they primarily hope to make money off someone else’s life. After reading all the details found in the news about this situation, I think Marja Mills could have waited until Harper Lee passed away—up to ten years. I don’t see her, however, as deceptive or money-grubbing. I see a woman who truly liked Harper Lee as a person, worked on the stories with the sisters’ full knowledge, and wanted to make sure they were represented correctly and kindly rather than by heresay and speculation after they died. Because if you don’t tell your stories, somebody else might make them up.

Co-author of Cherry Blossoms in Twilight, a WWII Japan memoir of her mother's childhood; author of Poems That Come to Mind, for caregivers of dementia patients; Co-author/Editor of Battlefield Doc, a medic's memoir of combat duty during the Korean War; life writing enthusiast; loves history and culture (especially Japan), poetry, and cats
View all posts by moonbridgebooks →
This entry was posted in book talk, lifewriting, memoir writing, publishing and tagged book talk, lifewriting. Bookmark the permalink.

2 Responses to Biography and Memoir: how important are approvals