Posted on December 4, 2016 by moonbridgebooks

My mother was a 16-year-old living near Tokyo when the Japanese attacked Pearl Harbor. The war seemed far away to a teenager busy working to help support the family, but soon she was following radio broadcasts to hear of bombs dropped and damage to the enemy, but nothing was said about damage done by the enemy. Soon, however, things got bad. . .

My local newspaper has started publishing articles about WWII, readying for the Pearl Harbor 75th anniversary date of December 7, this Wednesday. A story carried today (by Michael Ruane and the Washington Post) features Ensign Wesley Hoyt Ruth, pilot of a small, brightly colored amphibious plane used to transport mail, Navy photographers, and sailors around Hawaii. The plane and Ensign Ruth were commissioned immediately after the attack to scout for the Japanese fleet nearby–a death sentence for those in the silver, orangey-yellow propeller plane with a bright green tail. Fortunately for the 4-man crew, whose only defense consisted of WWI-era rifles they pointed out the windows, they did not spot the enemy ships and warplanes and survived the return to land amidst nervous US military men ready to shoot down anything suspicious. Mr. Ruth died last year at age 101, but his stories of that day live in videotaped accounts and with the old plane hangared in storage for the Smithsonian and awaiting maintenance and restoration—someday.

If you know someone still living from the WWII era, ask for their stories. Even civilians have interesting stories, like rationing and Victory gardening and diving under school desks for the bomb drills. Many elderly people have loved my mother’s memoir, Cherry Blossoms in Twilight, because even though she was the enemy’s child, many of her stories sound very familiar to them. 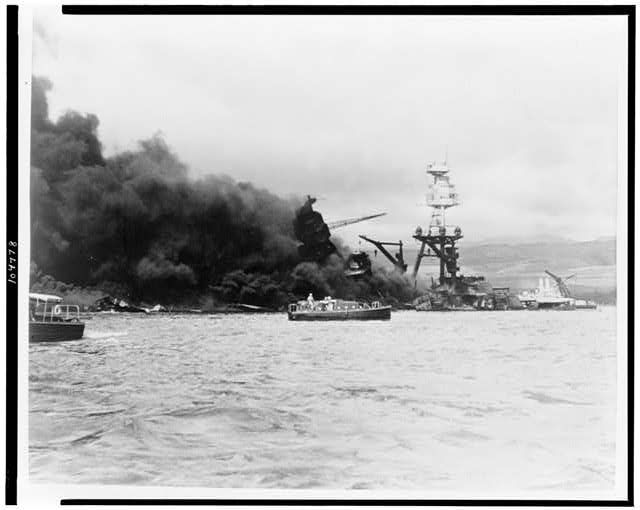 Co-author of Cherry Blossoms in Twilight, a WWII Japan memoir of her mother's childhood; author of Poems That Come to Mind, for caregivers of dementia patients; Co-author/Editor of Battlefield Doc, a medic's memoir of combat duty during the Korean War; life writing enthusiast; loves history and culture (especially Japan), poetry, and cats
View all posts by moonbridgebooks →
This entry was posted in history, honoring veterans, war stories, WWII and tagged historical events, war stories. Bookmark the permalink.