War Stories: They Shall Not Grow Old

Posted on February 3, 2019 by moonbridgebooks

What is the message of the documentary They Shall Not Grow Old? There is no plot, no storyline, no main character, no moral to the story. Instead, filmmaker Peter Jackson, of Lord of the Rings fame, champions the importance of storytelling. Real-life storytelling.

They Shall Not Grow Old is not your usual documentary explaining the history of something or someone with some quotes and commentary added in. It goes beyond a Ken Burns documentary that has a lot of quotes and commentary along with history. Peter Jackson chose to make this film all about personal experiences. Human nature dooms us to fight repeated wars, and violent shows make for popular entertainment, but let’s understand the reality of what goes on at the front lines—and afterwards for those who survive.

Kudos to the BBC for conducting interviews with WWI veterans—the last one died in 2012. Only their families are left to repeat the stories, if they even know them. At the end of the film is a long list of the elder British veterans whose interview clips basically narrate the documentary. They told intimate details about their training, what they wore, what they ate, what the trenches were like, how they went to the “bathroom,” what being surrounded by death was like, how they reacted to the end of the war, and what happened when they went home. What they thought and felt.

The film clips are amazing, not just for what they show but for how they have been restored to better than they ever were. The men have become real! It is worth staying after the credits to hear Peter Jackson explain the challenges in making the film and show some before and after clips. At the very end he asks us to ask the questions. That is our responsibility to save lived history by asking the questions. Pass it on. Maybe write it down for safekeeping, or make a recording. Thank goodness for all the life writers and oral historians out there.

Related post: Memorial Day – All Quiet on the Western Front 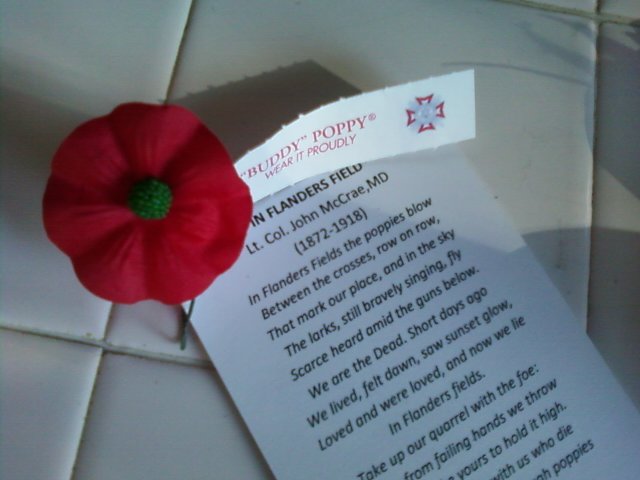 Co-author of Cherry Blossoms in Twilight, a WWII Japan memoir of her mother's childhood; author of Poems That Come to Mind, for caregivers of dementia patients; Co-author/Editor of Battlefield Doc, a medic's memoir of combat duty during the Korean War; life writing enthusiast; loves history and culture (especially Japan), poetry, and cats
View all posts by moonbridgebooks →
This entry was posted in capturing memories, history, honoring veterans, war stories and tagged war stories. Bookmark the permalink.

1 Response to War Stories: They Shall Not Grow Old