Posted on March 6, 2011 by moonbridgebooks

Joyce Carol Oates was in town last week to talk about her memoir, Widow’s Story. Her hand was probably still tingling from shaking hands two days earlier with President Obama as he awarded her a National Humanities Medal for lifetime literary achievement. “He’s tall,” the diminutive Oates was awed. “And Michelle is even taller.” But Oates was impressed, too, with her St. Louis event—her first book event during a tornado watch—with nearly a full house at the large library despite the sudden dump of rain that left me to sit with the front of my pants sopping wet. If only I’d arrived two minutes earlier.

I am not a fan of Joyce Carol Oates. Her books are full of violence and the dark side of life, just not my reading style. But I was curious about her sudden turn of topic to a genre I read a lot of. And how could I pass up a chance to hear what a literary giant had to say? So I braved the storm.

This literary giant from the East Coast is slightly built, frail looking, but her thin voice read the death scene of her husband of 47 years with barely a stutter, and surprisingly no tough East Coast accent. Ray died two years ago, while recovering from pnemonia in the hospital, from sudden onset of secondary infection. Oates read from the book about the “memory pools.” “Forever after you will recognize those places—previously invisible, indiscernable…” which are the corners, the rooms, the halls where the mind will fill with remembrances of moments, of smells, of feelings. She continued to read to us several super-short, rambling yet raw and insightful—and occasionally amusing—chapters (essays?) of how her life as a widow began.

Oates said the book started out as journal entries, written every night when she couldn’t sleep, as a way of making sense of the crash of her life. She explained, “You write something about what’s haunting you, what you really care about.” She recommended everyone keep a journal, especially those who have busy lives, because it’s a way to remember what happened and how you felt about things, because otherwise you forget and the years pass by. Widow’s Story contains pieces from her journal, but she came back later to explain them, since a journal does not make a book, thus the smattering of italics in third person that some readers have complained about. Also included is “real writing” of the history of the relationship, and e-mails.

Joyce Carol Oates thought her feelings during new widowhood were not particularly normal: anger (“how can I forgive you, you’ve ruined both our lives”), a need to be punished, instead of becoming fearful she didn’t seem to care about her safety or health. She intended to write a book of survival tips for widows, but instead ended up with not just a memorial to her beloved husband, but a book that could help other widows (and widowers) feel not so alone. I recommend Widow’s Storybecause it will be helpful to many of us when our own time comes or when our friends face this, and because it is written in the beautiful literary style of Joyce Carol Oates. 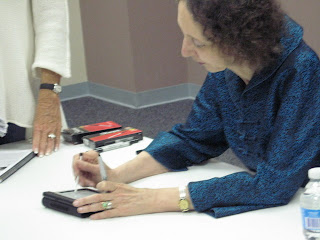 Co-author of Cherry Blossoms in Twilight, a WWII Japan memoir of her mother's childhood; author of Poems That Come to Mind, for caregivers of dementia patients; Co-author/Editor of Battlefield Doc, a medic's memoir of combat duty during the Korean War; life writing enthusiast; loves history and culture (especially Japan), poetry, and cats
View all posts by moonbridgebooks →
This entry was posted in death, journal. Bookmark the permalink.

4 Responses to Joyce Carol Oates and the healing memoir